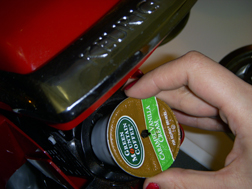 The agreement could prevent a deal between Green Mountain and Dunkin’ Donuts rival Starbucks Corp., which had been speculated earlier this month. Starbucks has indicated it plans to enter the high-growth single-cup coffee market either through a partnership with a company like Green Mountain or with its own single-serve brewer offering. Starbucks signed a deal last week to provide coffee for as many as 500,000 hotel rooms through a partnership with Courtesy Products’ single-cup coffee brewers.

Green Mountain Chief Executive Larry Blanford declined to comment on whether Green Mountain’s deal with Dunkin’ Donuts precludes a potential deal with Starbucks. “We have and will consider future opportunities, but today we’re focused on celebrating the agreement with Dunkin’ Brands,” Mr. Blanford said on a conference call.

Dunkin’ Brands CEO Nigel Travis said the company is “really pleased with what Smuckers has done with our brand in the grocery space,” and thinks the partnership with Green Mountain will further build its base at the store level, increasing franchisees’ revenue even more.

Green Mountain also has a deal with Smucker, introducing Folgers and Millstone K-cups.

A Smucker spokeswoman said in a statement, “The Dunkin’ K-Cups will undoubtedly strengthen the Dunkin’ Donuts brand, and we will continue to license the brand for other packaged coffee products sold in retail channels.” She said the company’s partnership with Green Mountain “allows us to reach additional consumers through the fastest growing single-serve coffee brewing system.”